It sounds so ironic that an Ed, Edd n Eddy episode can teach one a lot on Hermeneutics…   (Photo credit: Wikipedia)

In the Ed, Edd n Eddy episode ‘Once Upon an Ed’, the title named trio got trapped in a wall of an acquaintance’s room, and they told very different stories of how did they got stuck in the first place: Eddy’s tale has him as a very popular fellow who runs a Jawbreaker bank & his pals work there with the neighborhood kids nearly worshiping him like a god; Edd’s is more sensible and in the real world as well, with the trio running a ‘bank’ & Ed and Eddy scaring their first customer, while Ed’s is the most fictional (with their worst nightmare the Kanker Sisters turning into giantesses from eating radioactive-dosed mashed potatoes and chasing after them) and yet explains how did they got stuck there in the first place. Sounds familiar?
This is a case of the Rashomon effect: named after the Japanese film Rashomon which was discussed a few Literary Theory entries ago. This will also involve with the use & application of Hermeneutics & the film in applying concepts there.

Remember Stanley Fish & Wolfgang Iser. Their concepts will explain how these interpretation can go in this previous entry: Rashomon Analysis with Fish & Iser. Now to the basic parts: According to them, there are different interpretations people gained from looking at certain literary work (or in this case, a cartoon TV show). They also talked about interpretative communities as integral in analyzing any work of art. Fish also note that one will get different interpretations from reading different works, while many will have the same look at reading at the same work.

Kurosawa‘s Rashomon is the finest example of Hermeneutics: the witnesses & the people have different views of the incident (rape & murder) with them being the ‘innocent one’ & the others guilty, yet all of these (as well as the viewers’ own interpretations) are neither right or wrong. It’s possible that any can be correct, regardless of how one explains in so many ways.  Surprisingly, that episode is an ode to the film itself.

Let’s have these unlikely teachers’ tales being the examples.  All of them have different looks of how they got stuck into the wall. All of these can be correct, but these stories are not right, nor are they right. Fish is also right that the readers play an important role in making meaning to a text, instead of the author. In this analogy, the Eds are the Readers, regardless of their education per se; the hole incident is the text; their strange stories are THEIR interpretation.  Yet, these are open-ended and anyone can guess what happened or happens next after these are told.

Needless to say, Once Upon an Ed is a critical application of how does the reader look at anything can affect how the audience should see the work or event as what it should be see or told. As the first lines in Rashomon once explain, ‘I don’t understand…’

Rashomon is a story of different views of an event, not one is consider right, nor is it wrong. In light of this, Hermeneutics is used to analyze the story itself. Wolfgang Iser stated that the interaction between the text & the reader is the main point in reading of any literary work. He also says that a literary works has 2 poles: the artistic (author’s text) & the aesthetic (a realization done by the reader). It also is the very lack of ascertainability & defined intention that should bring about the relationship of the text & the reader. He also mentions loopholes, gaps known as ‘blanks’ that are missing in the seemingly trivial. They motivated the reader to fill in these blanks with all kinds of projections.  Stanley Fish, on the other hand, said that creating meaning in any literary (& non-literary) work is made from various interpretations. He also said that every different interpretation of a work is significant, even to the point that all attempts in finding which reading is correct fail.  He also explains that one person will have different performances when reading two ‘different’ works, while different readers will have the same interpretations when reading the ‘same’; in other words, both stability of interpreting among the readers & variety of interpretation in a reader’s career would seem argue for an existence of something independent of & prior to the interpretive acts & he said that these two are only functions of interpretive strategies, not of text. Fish then claims that the readers play an important role in making meaning & purpose in the text more than the author themselves.

To apply these, let’s say that the Text is the event: the murder of a samurai & his wife’s rape; the witnesses & the people involved are the Readers, & Interpretative Communities. They saw the events leading to the rape & murder differently; the people involved painted them differently as if one is the true victims, while others are responsible for such problem. The Ambiguity lies in their inconsistent testimonies which complicate the trial & the event more; these inconsistencies are also the blanks that the viewers have to figure out themselves, since none of these may be true or false. All of these fallacies are all sugar-coated attempts to save one’s skin for sure.

Also true is that if one tries to find a way to stiff up which testimony is correct, then it’ll be a failure, since many have their own versions, & it’s possible that they’re lying, as lampshaded by the woodcutter to the priest & commoner about the samurai’s testimony from the Underworld. In the end, they’re the ones have made the story of the murder & rape more complex with their story-telling & interpretations of the event in their eyes, rather than just coincidence (the author here) itself, blaming one or two for the misfortune they suffered, until reality looks very murky to no end. 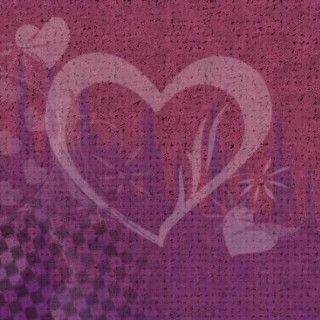